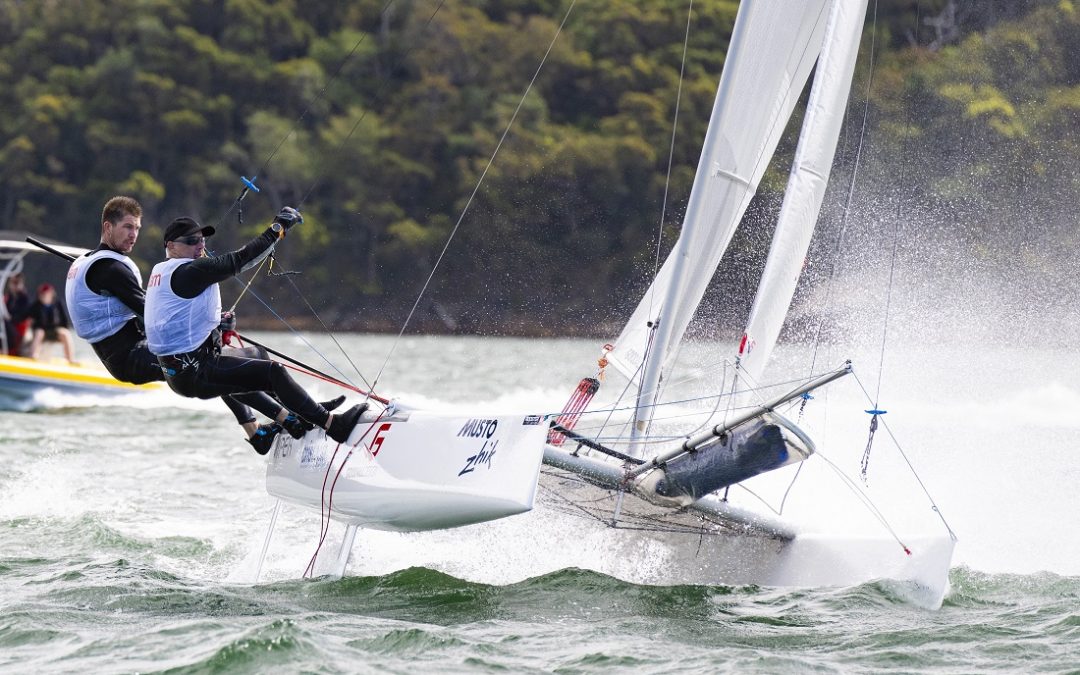 With entries not due to close until Monday 2 August, Airlie  Beach Race Week has already reached an unprecedented high of 139 boats, outstripping the event’s record of 133 in 2016 and more than doubled those of 2020 when COVID interfered.

“Entries for the 33rd running of our regatta, to be held from 12-19 August, have gone beyond expectation,” Whitsunday Sailing Club Event Chairman, Ross Chisholm said.

“Both Coral Sea Resort and Port of Airlie marinas are full, so those boats that can’t be stored ashore will be on swing moorings,” he indicated.

Chisholm further announced, “I am pleased to say Airlie Beach Race Week is going back to its roots. Off-the-beach classes – F16 and F18 sports catamarans – along with the Weta trimaran class are joining us in 2021. “We’ll house them here at Whitsunday Sailing Club.”

The inclusion of these trimarans and catamarans will only add to the spectacle of multis, with the 2021 Australian Multihull Championship also taking place at the Airlie Beach Race Week Whitsundays Festival of Sailing.

Beau White is the F16 NSW Association representative and is an enthusiastic about Airlie Beach Race Week: “To say I’m looking forward to it would be the understatement of the decade,” he said.

“The fact we haven’t been able to travel to events, and that there hasn’t been a long distance race for cats in Australia since I’ve become involved in the class, make Airlie Beach a great opportunity. We are all keen and very, very excited. There will be 12 to 16 of us there,” said the Sydney sailor who finished second at both the 2019 F16 Nationals and the 2021 NSW Championship.

And White speaks from experience, having competed at the popular Whitsunday Islands event in 2016 on the 30ft multihull, Airplay: “I loved the whole week,” said the sailor who will  race his F16 (Cristopia Energy Storage) at Airlie Beach.

“It will be more of a challenge than the 18, but I enjoy sailing the 16 footer – the two designs are very closely matched. On the race course there’s  not much in it, but the 16s are better in lighter wind on flat water, while the 18s are best if it blows in. Both are brilliant to sail.”

A complete multihull enthusiast, White, with Rod Waterhouse (Team Australia), in 2019 won the gruelling Worrall 1000, a 1000 nautical mile catamaran race from Miami to Virginia Beach in the US on a Nacra Carbon 20.

“I really enjoyed that, as a passage race, which is what I’m most looking forward to at Airlie Beach,” he commented. 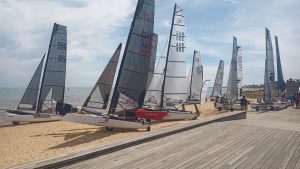 White describes the F16; “It’s like a dinghy, but you can sail it in passage and offshore races too, and it doesn’t cost a fortune. They are very versatile boats – like a formula Hobie – but much more modern. You can race them single or double-handed, and socially with your family. They can do it all.”

When it comes to the Weta trimaran, Andy Duffield is newish to the class, but a seasoned sailor: “I bought Wee Tri at Christmas and have sailed it at Hervey Bay, Big River and other places,” he said of the fast lightweight Kiwi design. “The Weta is user-friendly – no trapeze. They’re a great class; you get good competition.”

The Gold Coast sailor added, “I usually sail a bit of everything, and competitively, but predominantly multis, though I haven’t sailed much in the last 20 years. I’ve never sailed at Airlie Beach Race Week before, but I’m looking forward to it, and the competition.”