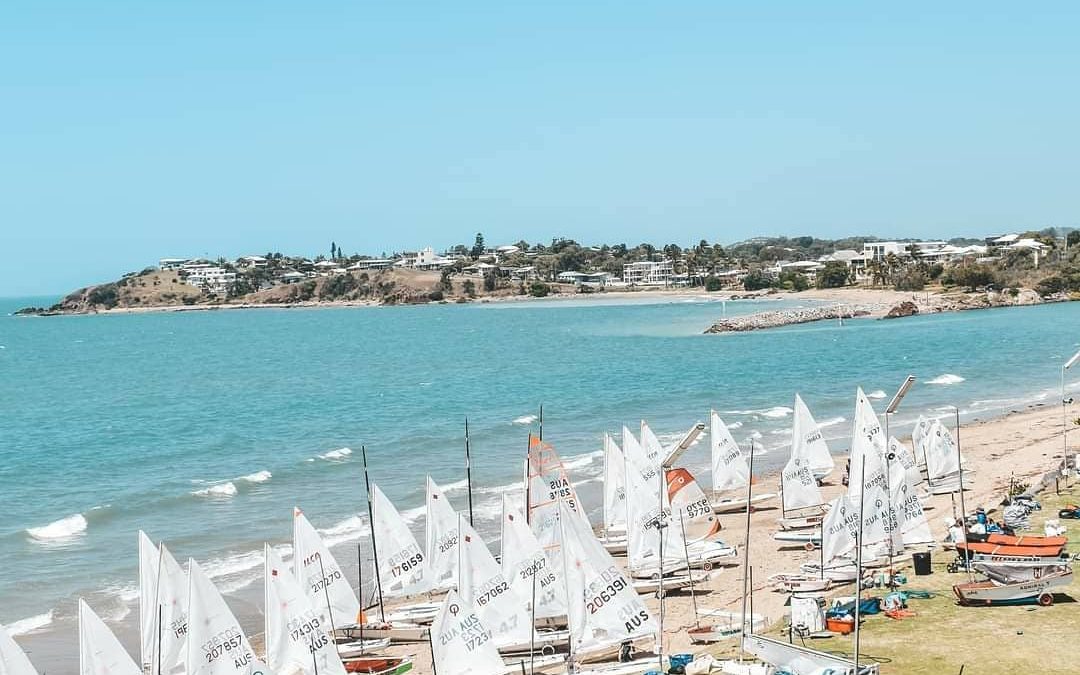 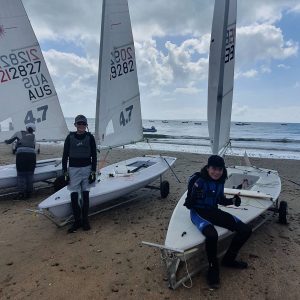 Leading our local team was Eden Humphrey, competing in a fleet of 29 sailors In the Laser 4.7 fleet, finishing a credible 13th overall, which was a huge improvement from last year. Close behind, and sailing his new boat was Jesse Frisch, finishing 16th, with Zac Sleight 1 place behind in 17th.  These were great results against some of the best sailors in the state. 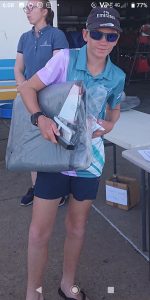 In the O’pen Skiff class, Joshua King performed well to finish second overall behind Jonah Parry from Southport Yacht Club.  Jack Scharf finished well to take 5th place, which was a great result given that he has only recently moved into the fleet.

Airlie Frisch competed in the Green fleet, which is a separate competition for beginners.  Out of a fleet of 14, Airlie managed to finish 5th, which was again a great result for someone who only started sailing less than a year ago.

The Whitsunday Sailing Club team all sailed well, competed in a sportsmanlike manner, and did our region proud.  They will all be back in action at the club later in the week for a debrief and more training.