Competitors ready for another day of racing 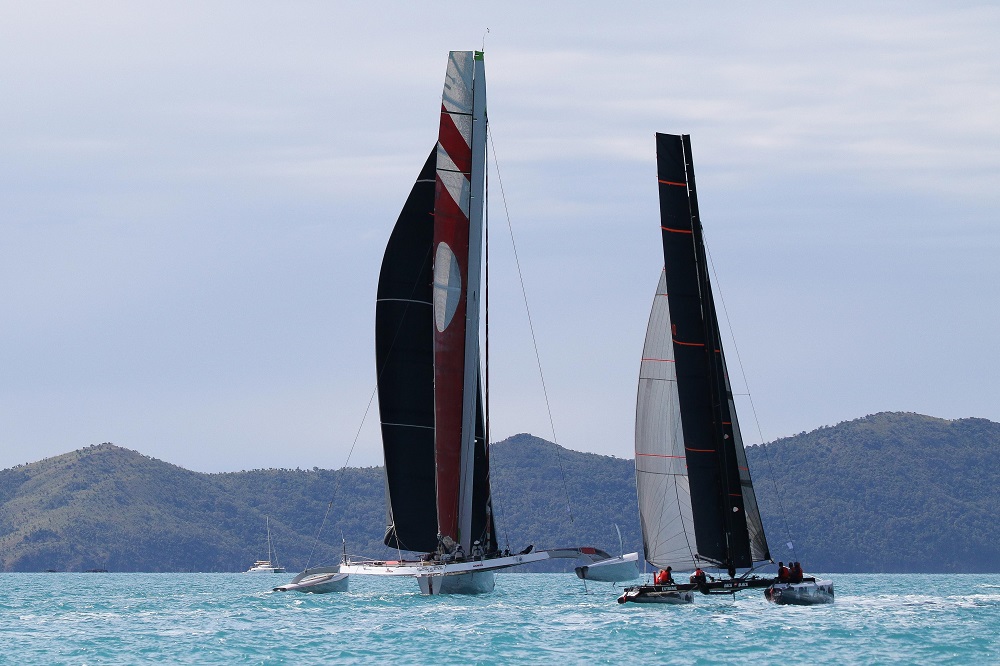 Refreshed from the lay day and having effected any repairs. or undertaken training, the 64 boats competing at the Whitsunday Sailing Club hosted Airlie Beach Race Week Whitsundays Festival of Sailing 2020, are back on the water today for Day 4 of racing. 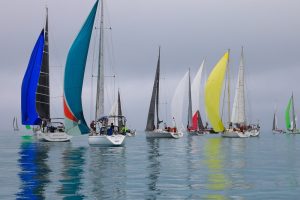 Sun is forecast along with breezes of around 10 knots, which will keep most competitors happy compared to Day 1 and light moments on Day 3.

Cruising Division 2, Non-Spinnaker and Multihull Passage are on a course from Pioneer Bay taking in Edwin Rock, Grassy Island and Grimston along the way. The Multihull Racing division is moving to windward/leeward racing, which may shake up the results.

Out on the race track, the Multihull Racing division is keeping thrill seekers and speed enthusiasts absorbed at this 32nd running of Airlie Beach Race Week. 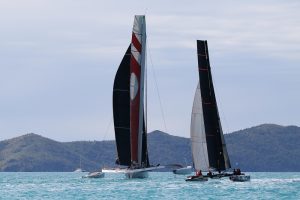 The newly arrived ORMA 60 (Dale Mitchell) and Back in Black, the Extreme 40 (Michel Van Der Zwaard), have so far been the ones to watch; the former won the opening two races and finished third in Race 3, to lead the pointscore.

Back in Black nabbed Race 3, adding to a second and third, to remain in contention in second place overall. Keeping both honest is previous winner, G’Nome, the Grainger 075 owned by Terry Archer.

Mitchell and his class team on ORMA 60 have most enjoyed Day 2’s breezy conditions: “We were pleasantly surprised when the breeze built to a shave over 15 knots. It was, as the Kiwis say, “Peachy, peachy Airlie Beachie.”

“The team put in another great effort from start to finish and were rewarded with a second win on corrected time.”

For full results and all information, please visit: www.abrw.com.au